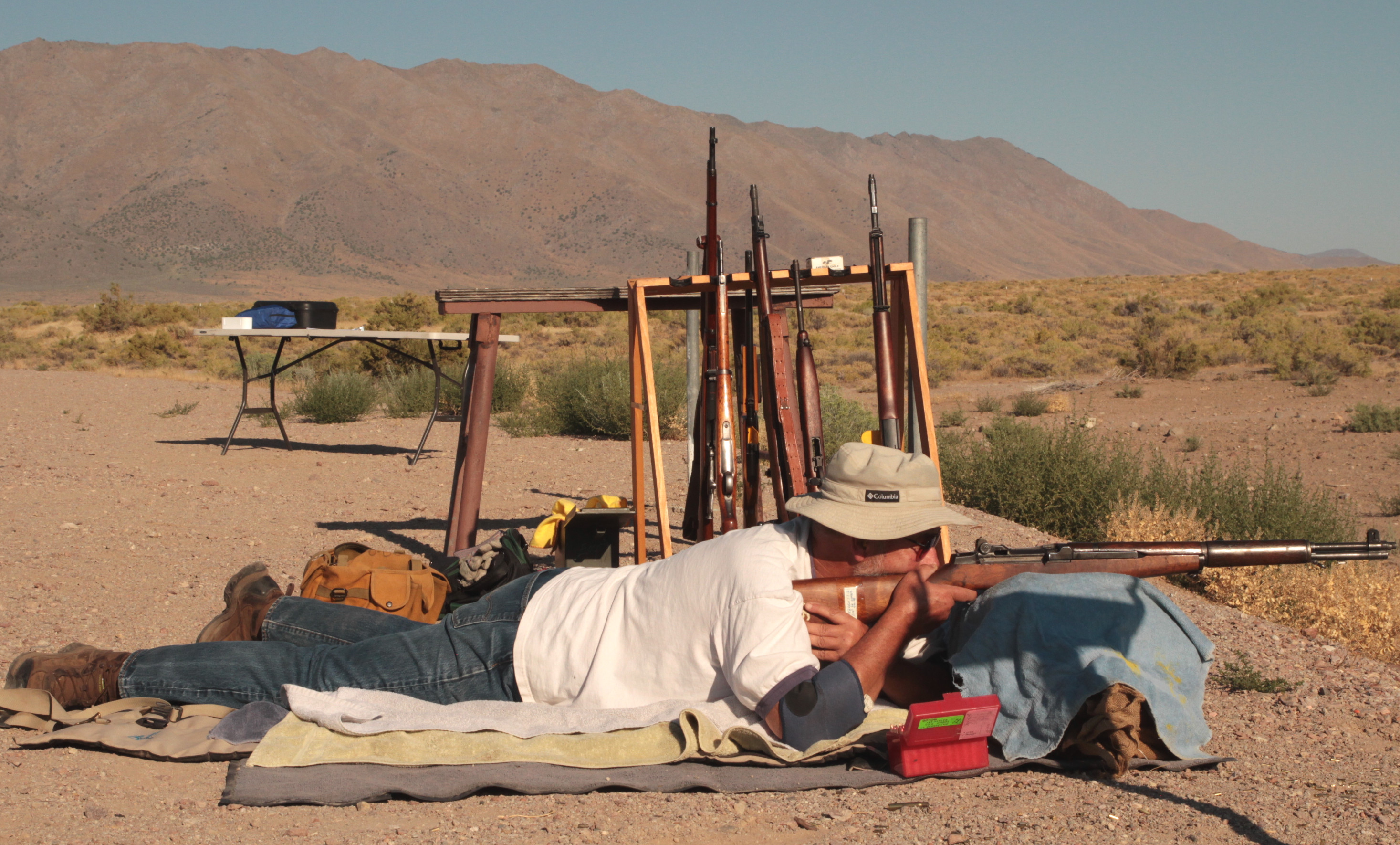 This match had eight shooters and one spectator. The wind was calm and the temperature ranged from 65 at the start to 80 when we finished.

Seven out of eight shooters had to shoot at least one stage offhand.

Dave R. dominated the match with his model 1903 A3 bolt rifle. Phil S. came in second with his M1, and Jim K. placed 3rd. Dave’s score would likely have been two points greater had he not elected to shoot at two pigs that had been spun 90 degrees by a previous shooter.

In addition to the venerable M1 Garand, a variety of other rifles were shot: 1903 A3; M1 Carbine; M1A; Arisaka 6.5; Mosin-Nagant; and a rare Vietnam era .44 magnum pump-action. Dave E. proposed using a different rifle for each stage!

Kudos to Dave R. for bringing water and brushes so some of the Pigs could get a much needed bath to remove caked-on mud.

And Thank You! to all the shooters–all y’all always make this match enjoyable!

The next match is Sunday, September 15. (Just to be clear: that’s on a Sunday.)