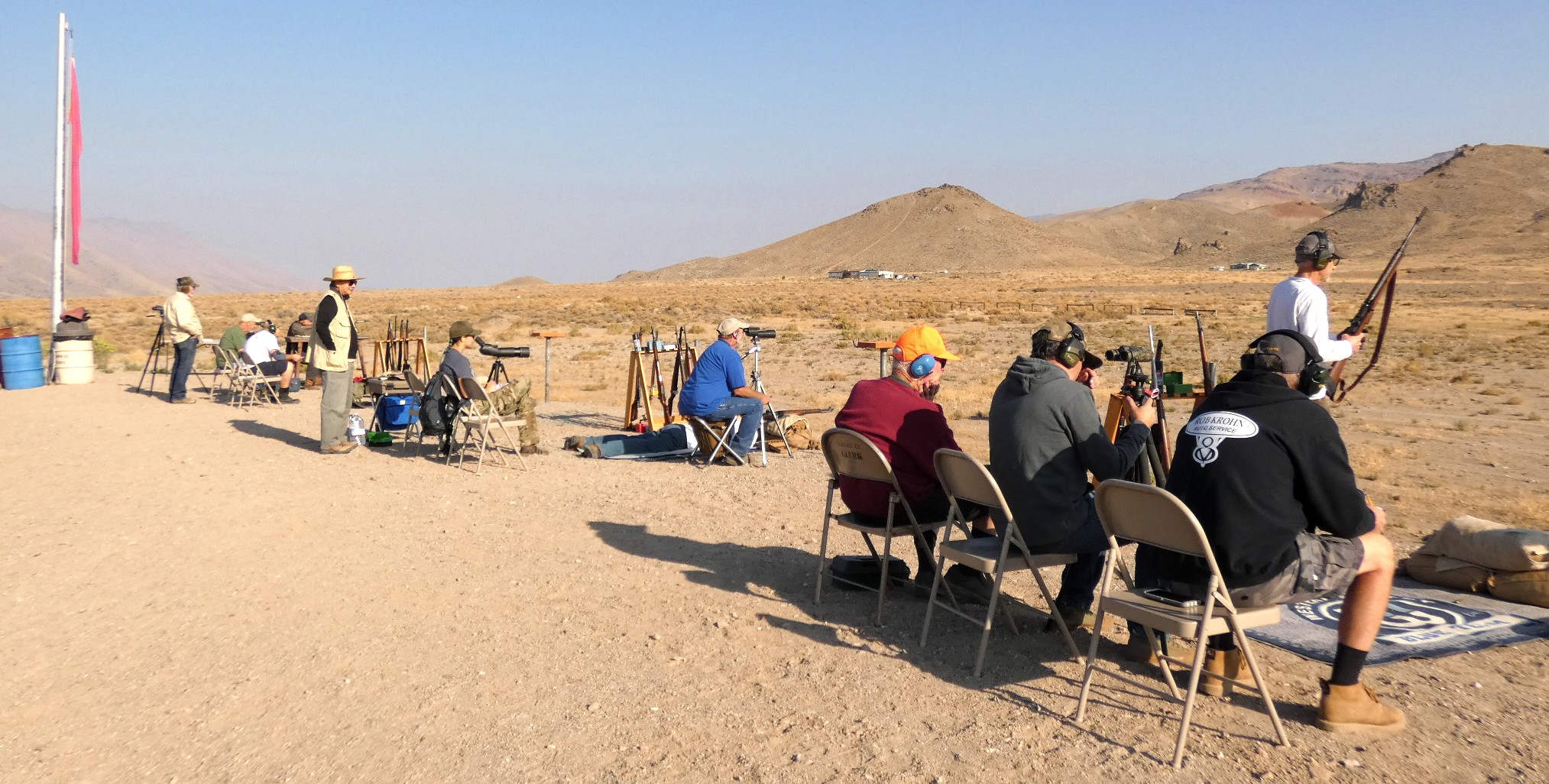 Thirteen shooters enjoyed being outside again under a (mostly) smoke-free sky, with pleasant temperatures and calm wind.

Initiated by Dave R., September is our designated multi-gun match where competitors are encouraged to bring as many as four rifles (i.e., one for each stage) as they can.

Some notable rifles included a Winchester Model 1895 lever action chambered in 30-06; MAS-36 chambered in 7.5x54mm French; and a Springfield Model 1873 “Trapdoor” chambered in 45-70 (blackpowder/Pyrodex). (See results below for a complete list of rifles.)

As with any collection of “antique” rifles (and shooters), there were bound to be a few–ahem–issues, including: stuck this, broken that, and oops, wrong ammunition! Along with, “Hold up! I need to fetch something from my vehicle!” Special recognition goes to Hannah and Phil who managed to “break” two rifles each, plus bonus points for Hannah for shooting two Chicken stands (½ inch rebar)—now that’s some accurate shootin’!

It shortly became evident to the RSO that the shot timer was going to be an impediment so it was retired, and every shooter was given whatever time they needed for all their sighters and shots for record.

Whatever the situation or issue, a rifleman persists. And with us at this match was a rifleman who demonstrated this to the rest of us; Jerry, it was good to have you shooting with us again.

Our next match is Saturday, October 17. You owe it to yourself to “dig out” that vintage military rifle sitting in your safe and join our fine camaraderie of shooters.