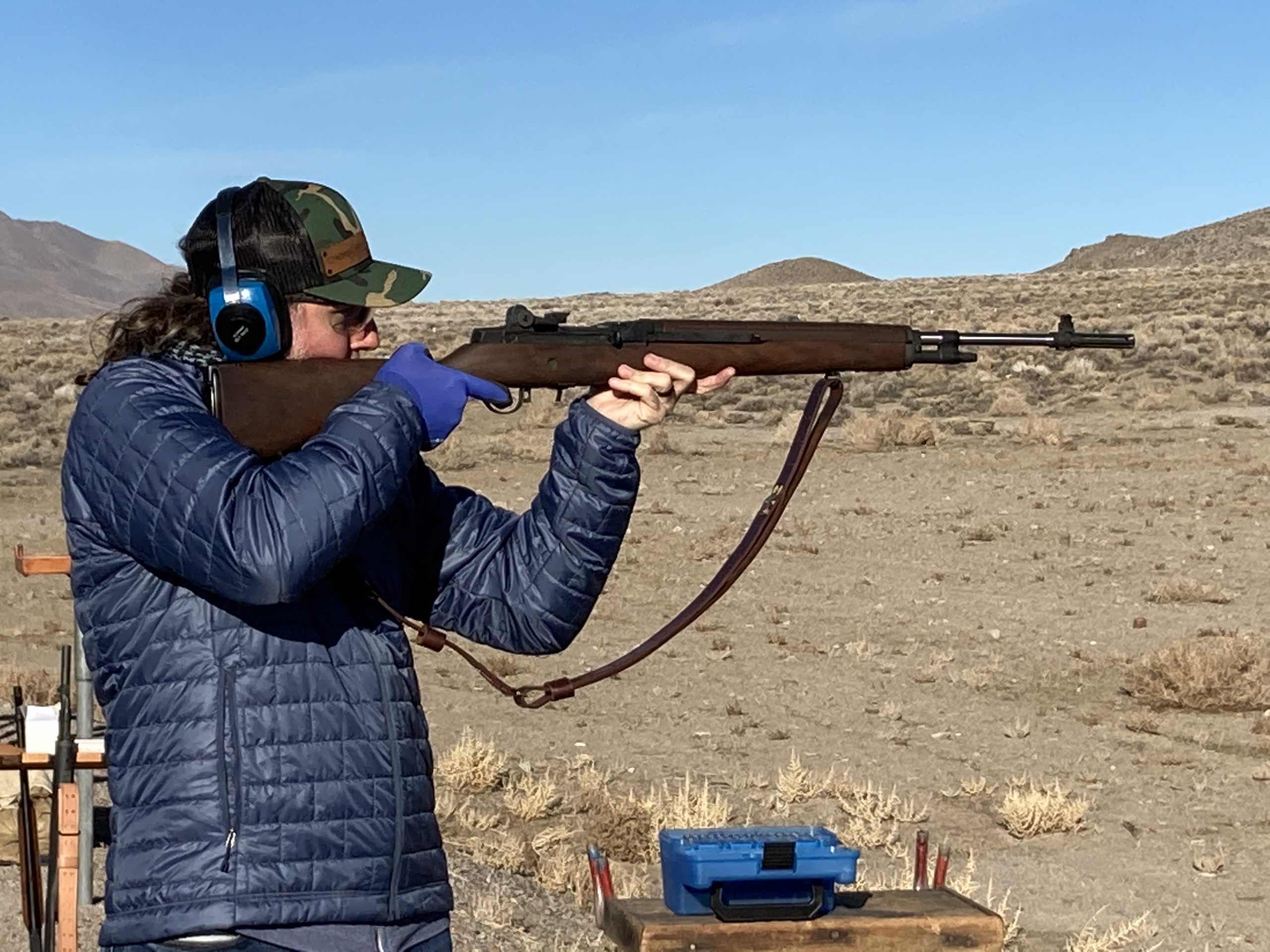 Our final match of 2021 had 11 shooters, clear sky, and a cold 10-to-15 MPH wind from one o’clock. Shooters had to wear coats, covers, and gloves to ward off the chill.

Eight of the 11 shooters had to shoot at least one stage offhand. Knowing there would be many handicapped shooters this late in the season, Erik decided if he was going to attend one match this year, this was it—and he was right, too, winning the match with a respectable score of 27.

There was a shoot-off for 2nd place, shooting Pigs offhand (175 yards), and Jim B. bested Dave E. on their fifth shot. (Hey, it was windy!)

Hannah minded her O and X, and Phil’s rifle stocks performed as they should, so there were no surprises this match. 😜

And Hannah cleaned a bank (Pigs) for the first time ever! Congratulation!

As Match Director, I want to express my thanks to each shooter who participated in the Military Silhouette matches this year. Each one of you was a pleasure to shoot with. I look forward to seeing all y’all on the firing line in 2022.

Click on any image to open the slide show: