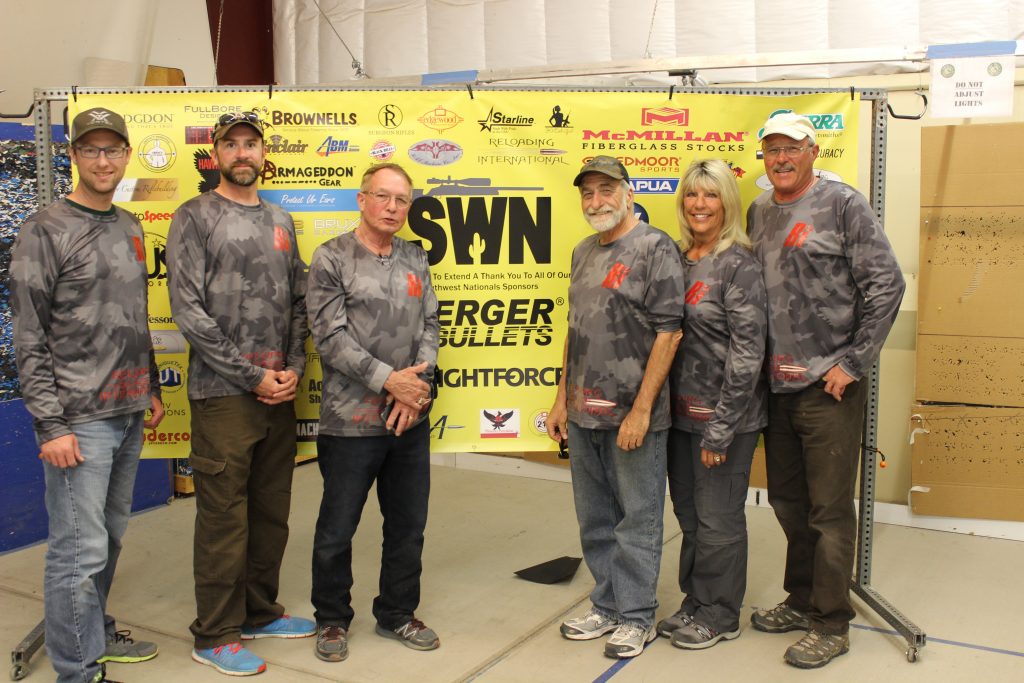 In addition to the competition, the event includes seminars on topics such as reloading, wind reading, team shooting and a live-fire wind reading clinic taught by legendary competitor and wind coach Middleton Tompkins. And if that wasn’t enough, there’s a competitors banquet on Saturday night and prize raffle, all included in the entry fees.

Not wanting to miss an opportunity to compete, Palomino club members Robert Hoppe, Tim Dey, Cheryl Dey, Addison Mohler and Booth Myers fielded an F-Class team with the help of Reloading International. Reloading International supplied high performance team jerseys to keep our shooters cool and in style on the firing line under the hot Arizona sun. Monte got in on the action as well fielding a pick-up team. Unfortunately there’s not enough sling shooters currently active in PVGC to field a team, so Ben Lucchesi teams up with friends from the Phoenix area. For those unfamiliar with high-power team shooting, a team consists of 4 shooters and a wind coach. The wind coach is responsible for making wind calls for the firing members who must complete the requisite number of shots under a time limit.

One of the benefits of shooting in a competition like this is the opportunity to measure oneself against some of the best shooters in the sport in similar conditions. Of notable mention is Tim Dey’s performance, especially on team.

Beyond the wins (and losses), the experience of attending this type of event is a once in a lifetime opportunity for high power shooting enthusiasts. For some, its the opportunity to have fun and learn. For others its all about the thrill of competition. Whatever your goals are, Addison Mohler said it best, “This is the funnest SWN I have been to and it was because everybody was there. I really enjoyed shooting on the team and I’m already looking forward to next year!”

If you are interested in learning more about high power prone shooting and competition, come check out PVGC’s club matches. We’ve got a great schedule with plenty of opportunities for you to hone your skills before the 2018 South West Nationals.