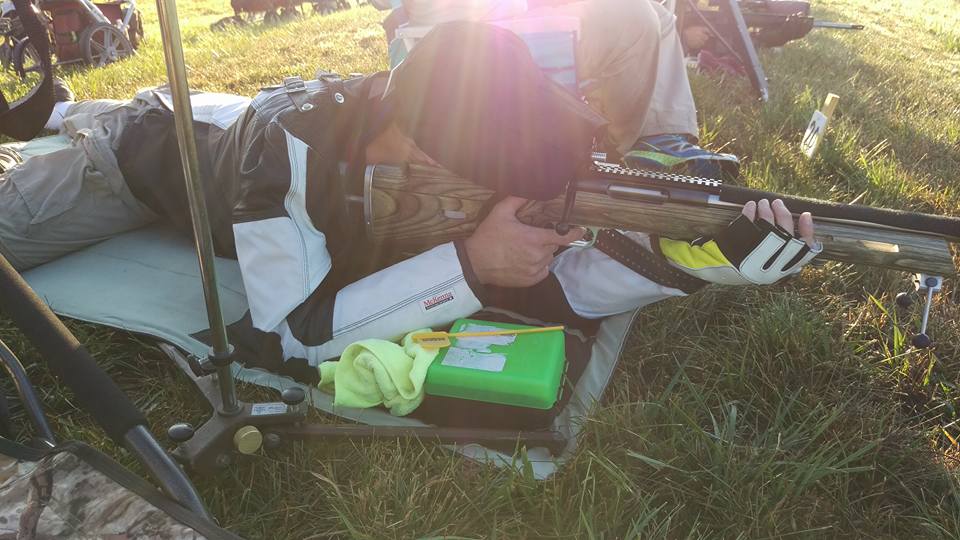 The National High Power Rifle Championships were held at Camp Atterbury in central Indiana from July 5th through the 24th. This is the second time the event has been held there since being moved from Camp Perry in 2017. For those unfamiliar with this event, it is hosted by NRA Competitive Shooting and encompasses High Power (across the course), Long Range, and Mid Range National Championships and awards the NRA’s most prestigious trophies.

Camp Atterbury is an Indiana National Guard facility and joint forces training center. The facilities at Camp Atterbury are extremely well kept. The 1000 yard shooting range is covered with grass from end to end and the base housing inexpensive and comfortable. For $35/night you can get a simple hotel-like room 3 minutes from the firing line. Other amenities on base include a pool, bar and grill, cabins for families or larger groups, and recreational areas. Of course there are plenty of military activities going on constantly, but as long as you can accustom yourself the ever preset sound of blackhawk helicopters and machine gun fire in the distance, then staying on base can be very comfortable. There were some minor inconveniences, such as the inability to park behind the firing lines, but as long as you had a shooting cart, then this was a minor issue.

The weather was generally hot and muggy with mid to high humidity as is typical of central Indiana this time of year. Its not uncommon for matches to be delayed while thunderstorms pass, but this year didn’t experience any weather related interruptions at the Long Range matches. The wind conditions for the matches varied. The mornings were good opportunities to reverify you no-wind-zero while the afternoons called for as much as 12 minutes of correction.

The range itself faces South, which is peculiar when you’re used to seeing the sun rise on the right and set on the left as it does on North facing ranges. But as long as you have shade tubes on your iron sights, light direction didn’t affect anything except when pulling targets. In the afternoon, the sun would shine directly into the target butts. Again, a minor inconvenience.

The match itself was very well run. Mid Tompkins has been doing this so long that there isn’t anything he hasn’t seen and nothing he isn’t prepared for.

PVGC’s Ben Lucchesi competed this year and managed to place in 3 different events:

Of note, the winner of individual trophy matches is determined by a 10 shot shoot-off between the high scoring shooters from each relay. Speaking of the match, Ben said

It was really exciting. I’d never made a shoot-off before, but I was familiar with the process. First you have to find a volunteer target puller and a scorekeeper because shoot-offs don’t start until 30 minutes after the regular match ends. The target pullers then hang up brand new cardboard because the target is the official record. Then behind you your scorekeeper is given a poster size target which they use to plot your shots so the audience can watch the progress of the match. My good friends and Palma Alliance teammates, Brian Mrnak and Bob Steketee, were my scorekeeper and target puller. Your volunteer score keeper doesn’t get to pull your target – they switch them around when they get to the butts. When the match started, I put up 10 after 10 and finally dropped a 9 toward the end. I had no idea how I was doing compared to the other shooters – I was concentrating on the wind and breaking clean shots. After I was done shooting I turned around to Brian who mouthed the words “you did it! you won!”. I couldn’t believe it. As a keepsake of the match, they cut the center out of the target.