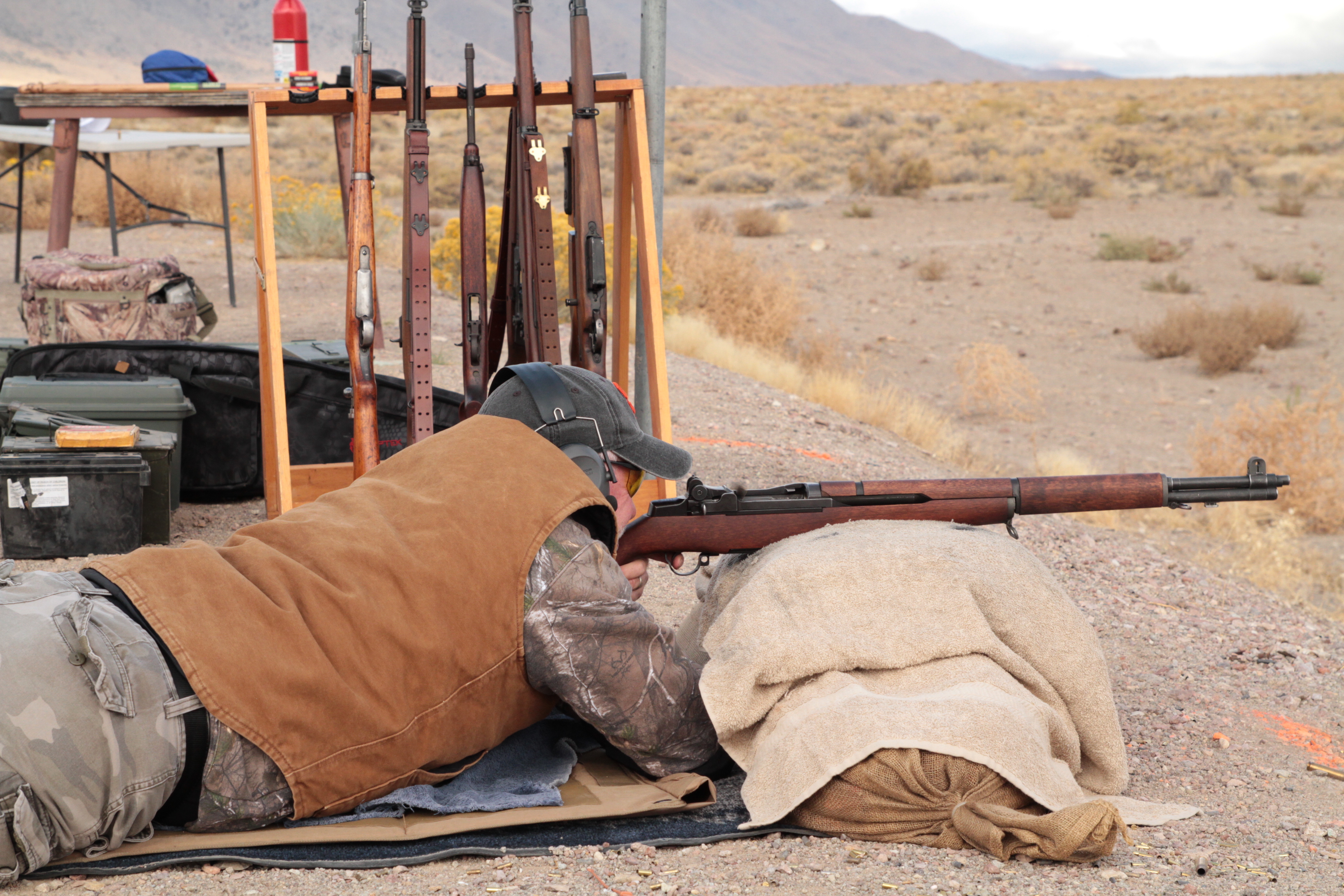 One perk of this match is: unlimited sighters.

This came in handy today when Jim K. took five shots to sight-in his M1 Garand on the Ram gong at 545 yards with a strong wind from West/South West.

One shooter preferred Kentucky Windage — said he, “You wouldn’t believe how far left I was holding!”

Another M1 Garand shooter had 8 clicks left windage for the Rams!

So how windy was it? Just watch here.

We had a shoot-off for third place, shooting a Pig (175 yards) offhand–it was won by Dave E., shooting his carbine.

(Oh, and one more thing: which direction to turn the windage dial on an M1 Garand.)

Thanks to the Riflemen who came to shoot despite such blustery conditions–all y’all made this match enjoyable!

Our next match is Saturday, November 16, and it will be our final match of 2019.

P.S. Marty — please come back! We miss you! Besides, it’s no fun just pickin’ on Jim B.