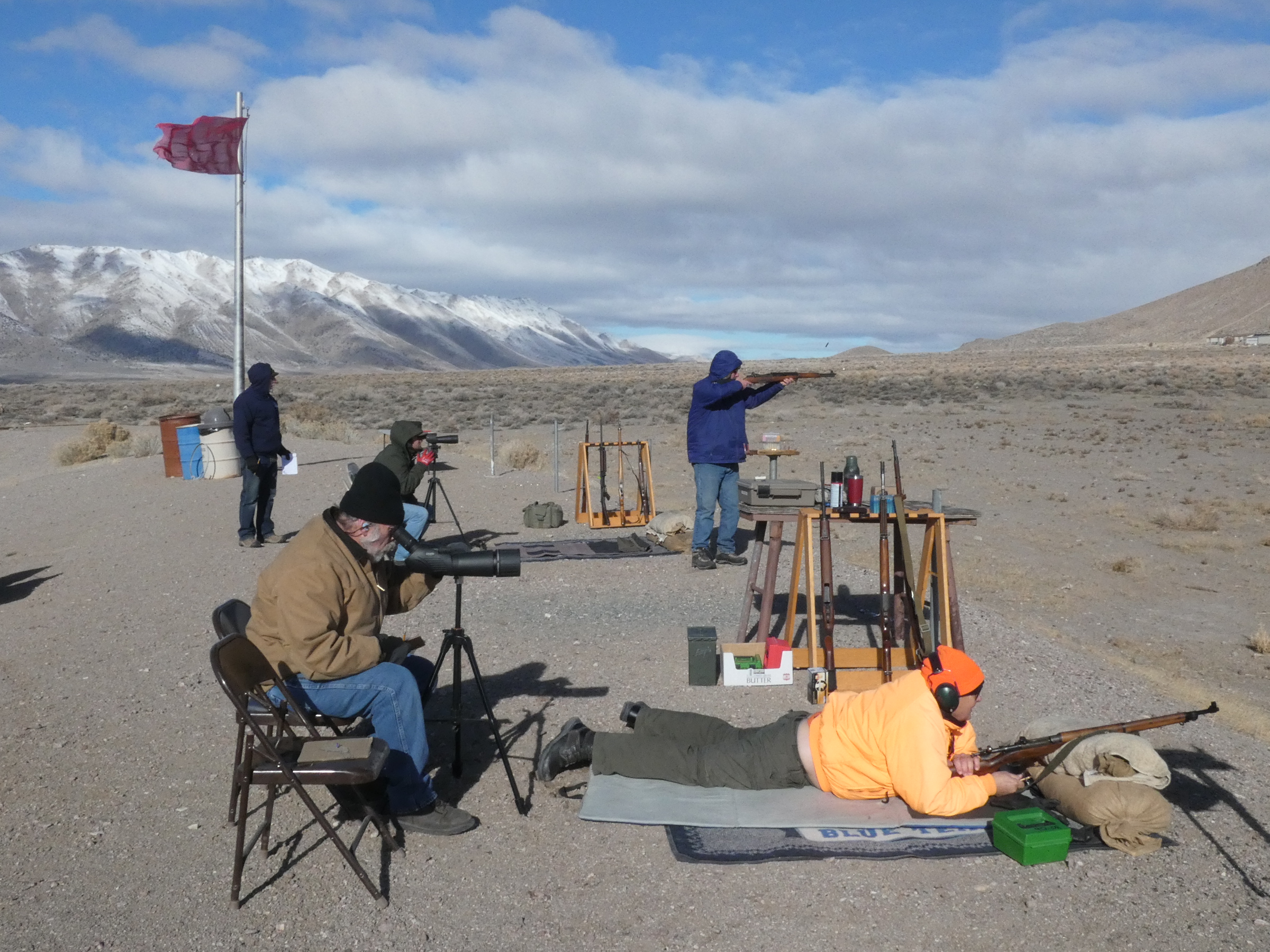 Six stalwart Military Silhouette shooters attended this year’s first match. Notably absent was the 2020 Champion, Dave, so naturally he was the butt of a few jokes throughout the match.

Weather wise, it was a good test for clothing and gear (and a sanity check for “Who willingly shoots under these conditions?”).

The wind was mostly steady at about 12 MPH from the North with a slight Westerly component—not the typical “lake effect” we get later in the year.

Phil wasn’t content with the challenge of competing under cold and windy conditions—he increased it by using a random assortment of handloads on the Rams, resulting in a seven foot elevation spread, a four foot windage spread, and Marty (shooting off-hand) hitting twice as many Rams as Phil did.

Finally, by unamimous consent, retroactively, if the Defending Champion fails to attend the first match of the year, he has to perform twenty push-ups immediately prior to shooting each stage.

The next Military Silhouette match is Saturday, March 20 @ 8:00 AM