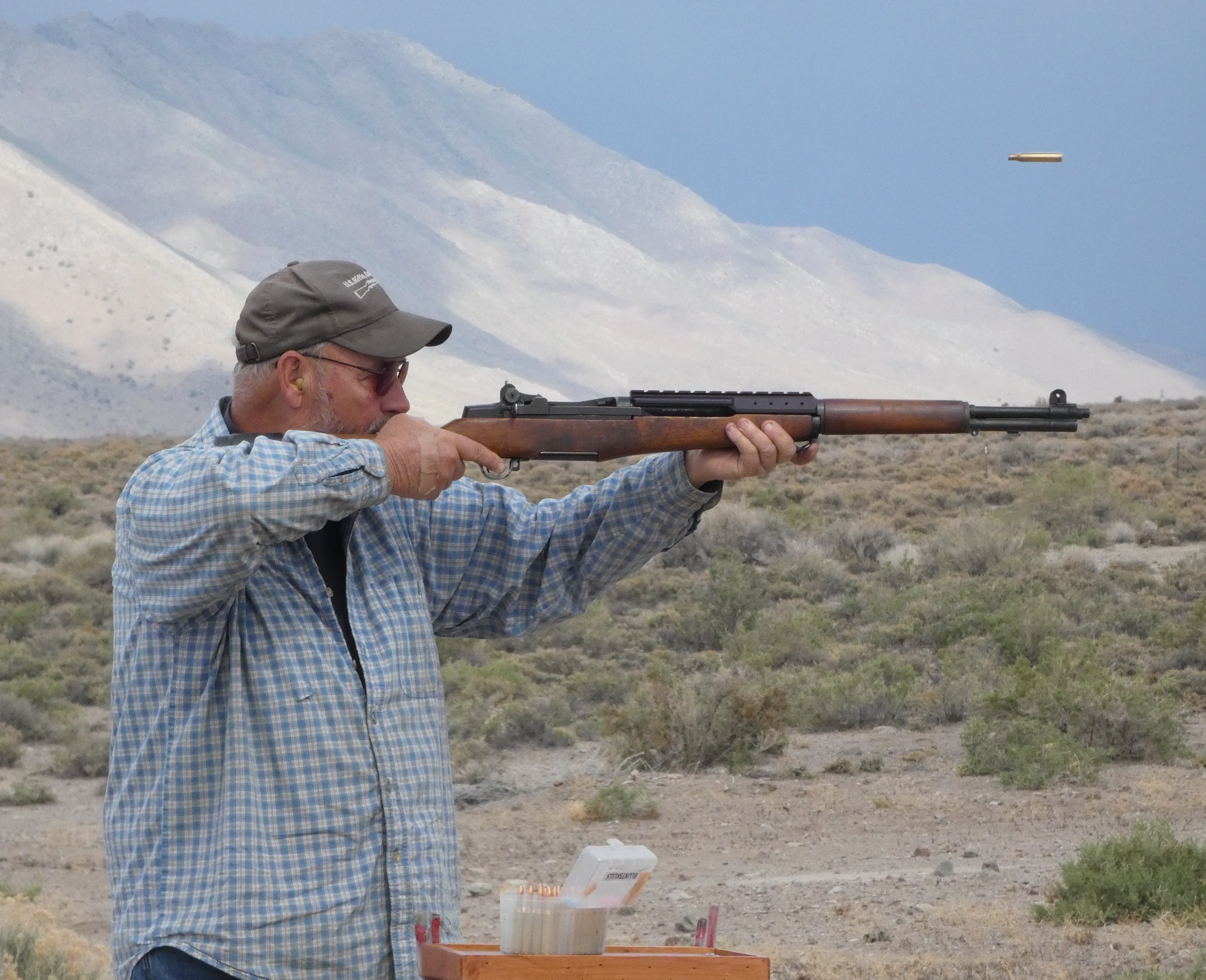 Shooting vintage military rifles with iron sights and aged eyes during Nevada’s inclement weather makes the spotter’s job essential for getting (and keeping) the shooter on target. Also, the spotter allows the shooter to remain focused on the fundamentals of “taking the shot” by calling out the next target, e.g., 5-1 (bank 5, target 1). It’s a relationship that works, and smoothly runs–until someone decides to channel Jimi Hendrix by switching the number board on the 547 yard Ram targets:

Meanwhile, the Susanville, California team of Jim B. and Marty brought a ringer with them, Mark J., who took First Place shooting a M1A.

As in last month’s match, Jim K. and Mark P. had a shoot-off. Mark won after graciously giving Jim eight opportunities to hit a Pig offhand in 15 MPH wind with a sprinkle of rain thrown in. Next time, Jim will wear a weight vest to mitagate being blown around! Pro Tip: remember to reset your D.O.P.E. beforehand! (“Hey, Mark, all your shots are consistently high!”)

Phil proudly showed us his new stock for his M1 Garand. Like everything else firearm-related, it was difficult to find a vendor who had one in-stock. (And it was the last one!) And as luck would have it, Phil finally got to complete a match (unlike the past two matches).

Dave was on about “Anyone can hit the big parts!” throughout the match as he hit beaks, tails, ears, peckers, and noses. And all his misses on the Rams were through the space under the horns.

Jim K. hit a Chicken with the side of a bullet so as to laterally move the Chicken off its stand.

Congrats to Marty for hitting two Rams offhand (including the first one)!

Notably absent was Hannah, so all the men hefted just one Chicken at a time in-and-out of the trailer…

“Thank you!” to each shooter for making this a pleasurable match to run and shoot.

Our next match is Saturday, June 19th.