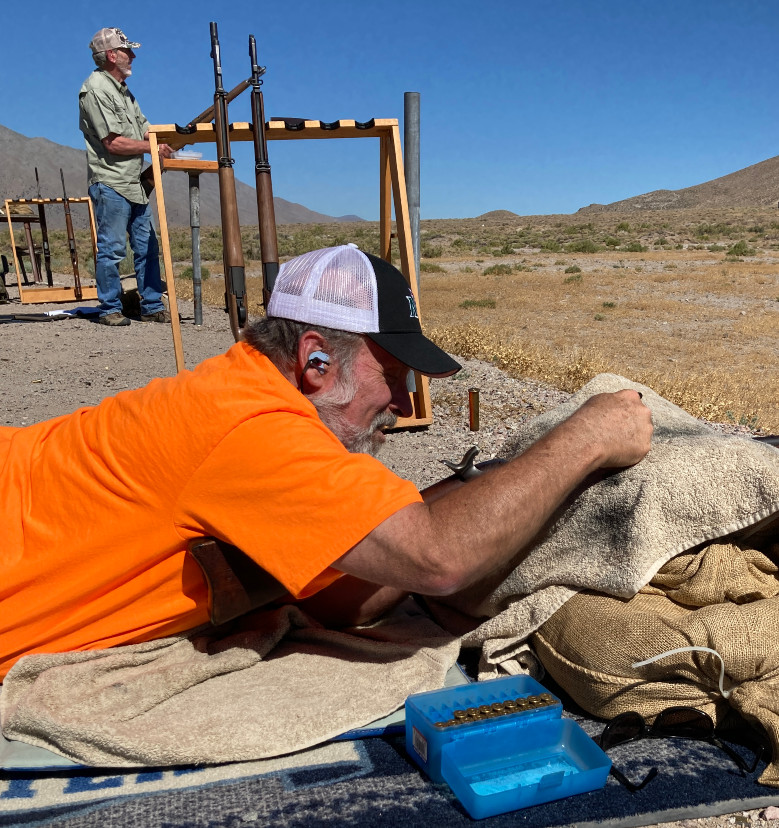 Sylvan won first place shooting a M1A, Jim B. won second place with a M1 Garand in .308, and Jim K. won the shoot-off against Phil with his first shot.

Jim B. now joins Joel M. with having to shoot Chickens, Pigs, and Turkeys offhand at their next match.

Target setup went quickly because the match director forgot the spray paint. (However he did remember to bring ammo.)

We starting shooting at 8:20 and finished at 10:10, beating both the heat and the wind.

Phil wore a brightly colored shirt which attracted many insects throughout the match, including a fly which landed in the rear sight just as the shot broke.