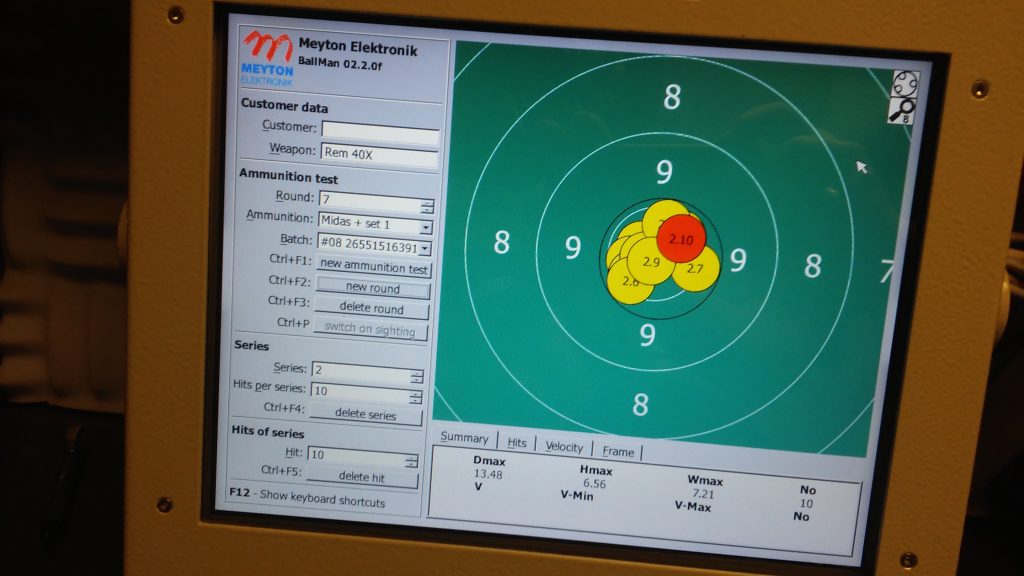 As most of us know, every .22 rimfire is a little different and likes being fed a specific type of ammo. But how do you find which works best in your rifle? For most of us, the process involves purchasing whatever local shops have on the shelf or ordering small quantities online to painstakingly test at a range in whatever conditions a given day has to offer. But for Olympic level shooters, this doesn’t cut it. Matching ammunition to a rifle needs to be done in a laboratory environment, removing as many variables as possible: wind, temperature variation, and even the shooter. Instead of measuring the accuracy on paper, results are measured with computerized bullet tracking systems. One such facility with these capabilities is the Lapua Service Center, in Mesa, Arizona.

Lapua, manufacturer of Olympic quality rimfire ammunition and reloading components, opened a Lapua Service Center at Nammo Tactical Ammunition in Mesa, Arizona in 2012. This facility, which is one of four world wide, is a state-of-the-art test center where rifles can be tested and matched to not just a specific model of Lapua ammunition, but a specific lot.

When asked what inspired the visit, Don Johnson said he wanted to find out what the accuracy potential of his Kimber 82G fitted with a Benchmark barrel is when the human factor is completely removed. To test ammunition, a barreled action is mounted to a return to battery fixture with either a universal barrel vise or action specific mount atop of a concrete base. 10 shot groups are then fired through a fully enclosed tube equipped with infrared sensors which measure a bullet’s position along its flight path at 50 and 100 meters. Test results determine which ammunition produces the tightest and most consistent groups for a given rifle. Don says he was also interested in the experience as it would be both fun and educational. He’s is obviously a true rimfire enthusiast!

During the testing process, which can take up to several hours, the technician quickly found which of the various models and lots of Lapua target ammo worked best with Don’s Kimber. But in the end the clear choice was CENTER-X, despite the fact that it’s cheaper than ultra premium Midas+. After testing, Don purchased nearly a full case (5000 rounds) which he estimates will last him the rest of his life! I can’t determine if this is a grim measurement of time or an optimistic view of the future… in any case, I’m certain we’ll see Don in action with his new ammo at PVGC’s rimfire silhouette matches this summer, and for years to come!

Booth Myers, who brought his Remington 40x with a Kreiger match barrel, had different results. For his particular rifle, Midas+ produced the tightest groups, approximately 1/2 inch at 100 meters! Booth is set to give the mini-palma shooters in Carson a run for their money!

When asked about the experience, Don said the testing process was not overly involved or complicated, but was careful and utilized good, solid equipment and technology that was appropriate for the rifle being tested. He was particularly impressed with the technician who worked with his rifle, Darrel Stettmeier, who is the Rimfire Service Center Manager. According to Don, Darrel was knowledgeable, friendly and happy to let him observe the testing process and answer his many questions. (I imagine the scene being something akin to taking a newborn to their first pediatrician appointment!)

In the end, both Don and Booth absolutely recommend the Lapua Service Center. Rifles can either be shipped to the center or brought in-person as they did. Bang for the buck, both Don and Booth preferred an in-person visit for the experience and education. At the time of their visits, the the total test including test ammunition was $50.00 plus tax, regardless of whether you purchased ammo or not. If you plan on visiting in person, according to Booth, its a good idea to call Darrel ahead of time to ensure he has a complete selection of models and lot numbers on hand as available inventory varies from day to day.

The bottom line: if you want to be a really serious rimfire match competitor, the Lapua Service Center is a must!