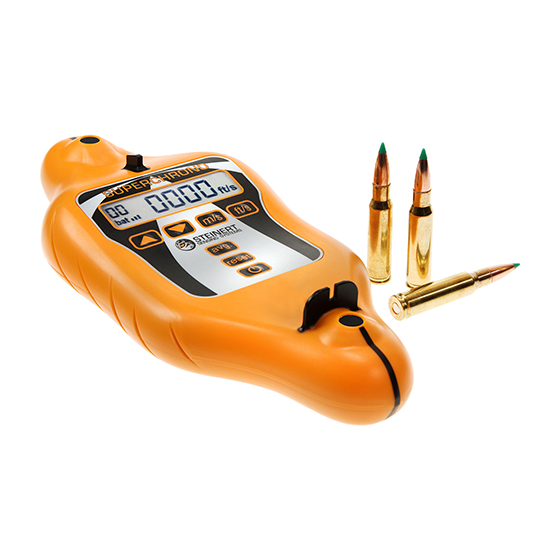 Author’s note: there are conflicting reviews about this product which challenge the manufacture’s claims with respect to it’s precision. Personally I’ve had good experiences with it, but I haven’t tested it side-by-side with other chronographs. I intend to do so and will publish the results in a future post.

Last year I was in the market for a quality chronograph. I own a Shooting Chrony and to this day I’ve never been able to get it to work reliably. I’ve wasted more good ammo trying to get it to register shots than I care to count! I’d had enough of inexpensive optical chronographs and needed something reliable and accurate. At the time, LabRadar was just coming on the market and Magneto Speed was already supplanting the Chrony.

After researching available chronographs, I narrowed the choices down to:
1) Magneto Speed: uses an electromagnetic sensor attached to the barrel to detect the bullet and measure its speed.
2) LabRadar: uses doppler radar to detect the bullet along its flight path toward the target
3) Oehler Proof Chronograph: uses optical sensors… basically a Chrony on steriods

Note: I eliminated all the other optical chronographs in the $200 price range because I don’t there’s any technical difference between those and the Chrony I already owned.

Because all three choices are accurate, precise and reliable, the decision would be made on price and ease of use.

The magneto speed was relatively inexpensive (about $250), however, after borrowing a friend’s I found it to be inconvenient to setup and I was constantly worried about shooting the sensor off the end of the gun. Whats more, because the sensor is attached directly to the barrel it affects the accuracy of shots. In effect, the Magneto speed “tunes” (or detunes) your barrel during load development. You can measure velocity, but you can’t tell if the ammunition is is accurate until you test it without the sensor attached. As far as I’m concerned, this amounts to double the work.

Without question, the LabRadar looked amazing. Its a serious piece of equipment that uses proven technology to deliver information about your shots that no other chronograph can measure. For example, multiple speed readings at various distances between you and the target. If you are serious about studying your loads, the the LabRadar is for you. Personally, I just want to know what the velocity of my loads are and what the standard deviation is over a string of shots. So with a price tag of over $500, the LabRadar was more chronograph than I needed.

Read a great review of LabRadar at: http://www.longrangeonly.com/lab-radar-chronograph-review/

Finally, there was the tried and true Oehler Proof Chronograph. Its probably the most expensive optical chronograph made (just under $500) and its not fun to setup. Its kind of like using a calculator from 1985 with way more wires and apparatus.

Then at about this same time, serendipity struck and I met a Steinhart Sensing reseller while at a match who was showing off the new SuperChrono acoustic chronograph. The SuperChrono uses two microphones to detect the sonic boom of the bullet as it passes over the device. The time difference between the boom detected by the microphones are used to calculate the speed of the bullet.

I was skeptical at first, because the device is relatively small and simple. But there was match special of $300 and a guarantee that if I didn’t like it I could send it back. So I went for it, and I haven’t looked back!

Like I said, the device is small – much smaller and simpler than any other chronograph I’d used. Its completely self contained. There are no sunscreens to setup and it doesn’t have any remote controls, so no wires to run. And I’m pretty sure its weather proof – I’ve used it in the rain without any problem.

Setup of the device is very easy too. Just set it out in front of your gun pointed at the target and shoot over the top of it. Like the Chrony, you can mount it to a camera tripod. Unlike the Chrony, the area above the SuperChrono where a bullet can be detected is huge: 51 inches tall and 35 inches wide, so it can be positioned well out of the way of the shooter’s aim and avoid the fate suffered by so many Chrony’s: a bullet to it’s head. And because it doesn’t use light to detect the bullet, you can use it in any lighting condition including complete darkness.

The only limitation I’ve found is that it won’t detect shots reliably if its placed close to a ceiling, walls or a floor. Any hard surfaces around the chronograph will produce reflected sound which can interfere with the sensors. I discovered this while using my SuperChrono at the 1000 yard line at the Washoe County Regional Shooting facility, which has a covered line. The cover reflected sound down on the chronograph and prevented shots from registering. To solve this problem, I put the the SuperChrono 30 feet out in front of my firing point.

Another unexpected advantage of the SuperChono is the extremely long battery life. If I don’t have to share a firing point at a club match I’ll often set up my SuperChrono and leave it there all day to record all of my shots. After the match, I compare my plotted shots to their velocities to see if there’s a correlation between elevation shots and velocity.

To summarize, the advantages of the SuperChrono are:
– unaffected by lighting conditions
– compact, no moving parts or assembly
– easy to setup and configure
– extremely long battery life
– extremely accurate
– the sensing area above the device is huge

disadvantages:
– doesn’t detect subsonic ammunition
– must be used in open areas, away from buildings and structures
– readout screen isn’t visible while in use*
– doesn’t have statistical functions built in (mean/median/average/standard deviation) **

* I don’t think this is a disadvantage because I record everything and review when I’m done. But other chronographs have this feature, so someone thinks its important.
** get a calculator

I’ve used the SuperChrono for over a year and its been a great piece of equipment. If you’re in need of a high quality chronograph and you value ease of use, check out the SuperChrono from Steinhart Sensing. I highly recommend this product.

Available from Huber Concepts and