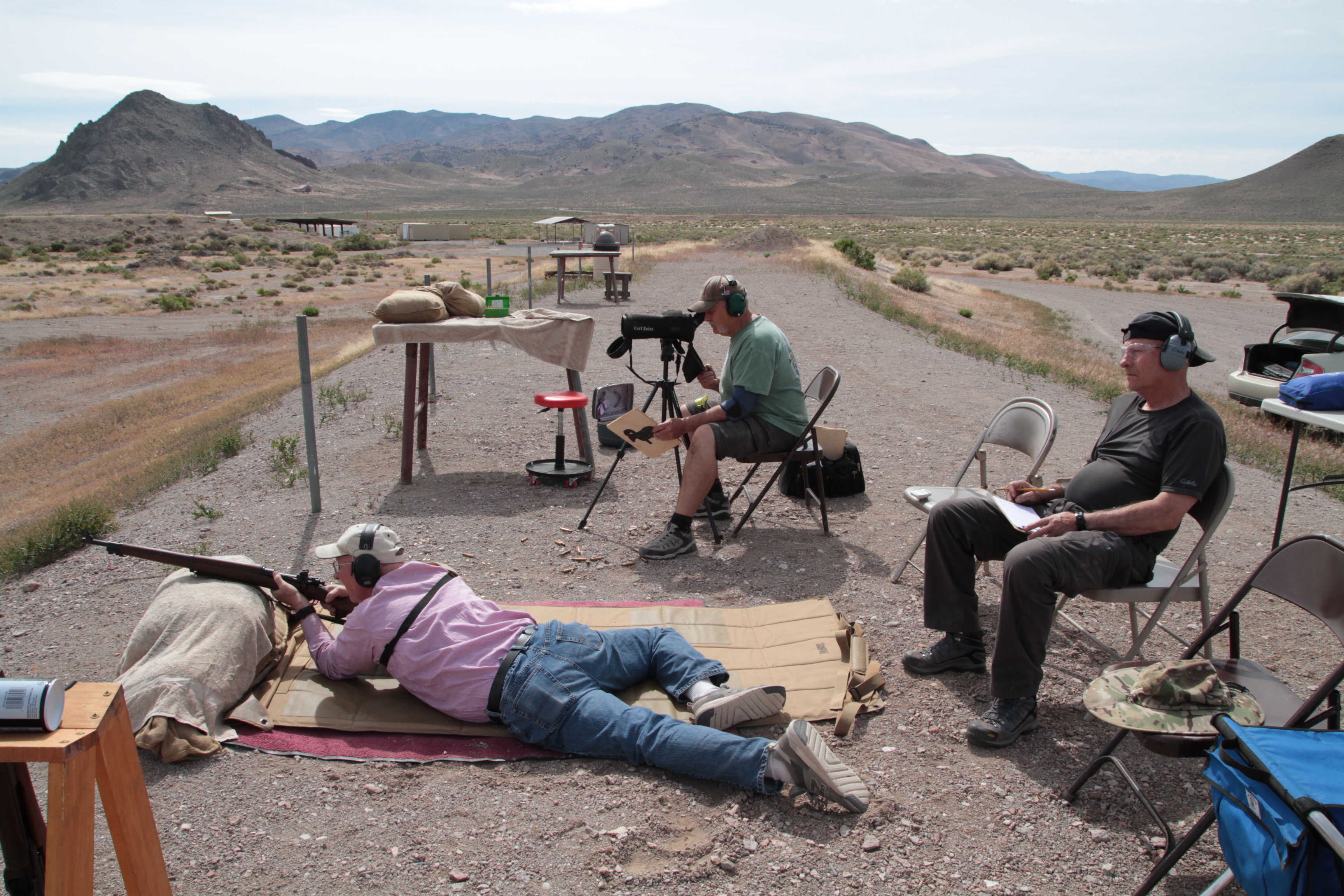 No matter! Our always helpful fellow shooters eagerly offered unsolicited advice to the victim! (Truth be told, more than the usual number of strings got pulled at this match.)

Roger’s M1 Garand was having extraction issues. One particular case was stubbornly resisting the usual measures. The rest of us watched in stunned silence as Roger successfully employed the “kick starter” technique.

Since Jim Br. and I had to shoot Chickens offhand, I decreed that Roger and Sylvan would, too. Jim Br.’s, Roger’s, and Sylvan’s scores plummeted at this point. When my turn came (last), Roger piped up how good I was at shooting Chickens offhand, and was likely to get at least seven hits. Sylvan, seizing the opportunity, replied, “That’s because he has perfect form.” Oh, no! Now they’ve jinxed me, and I miss the first three in a row! Well played, Roger and Sylvan, well played!