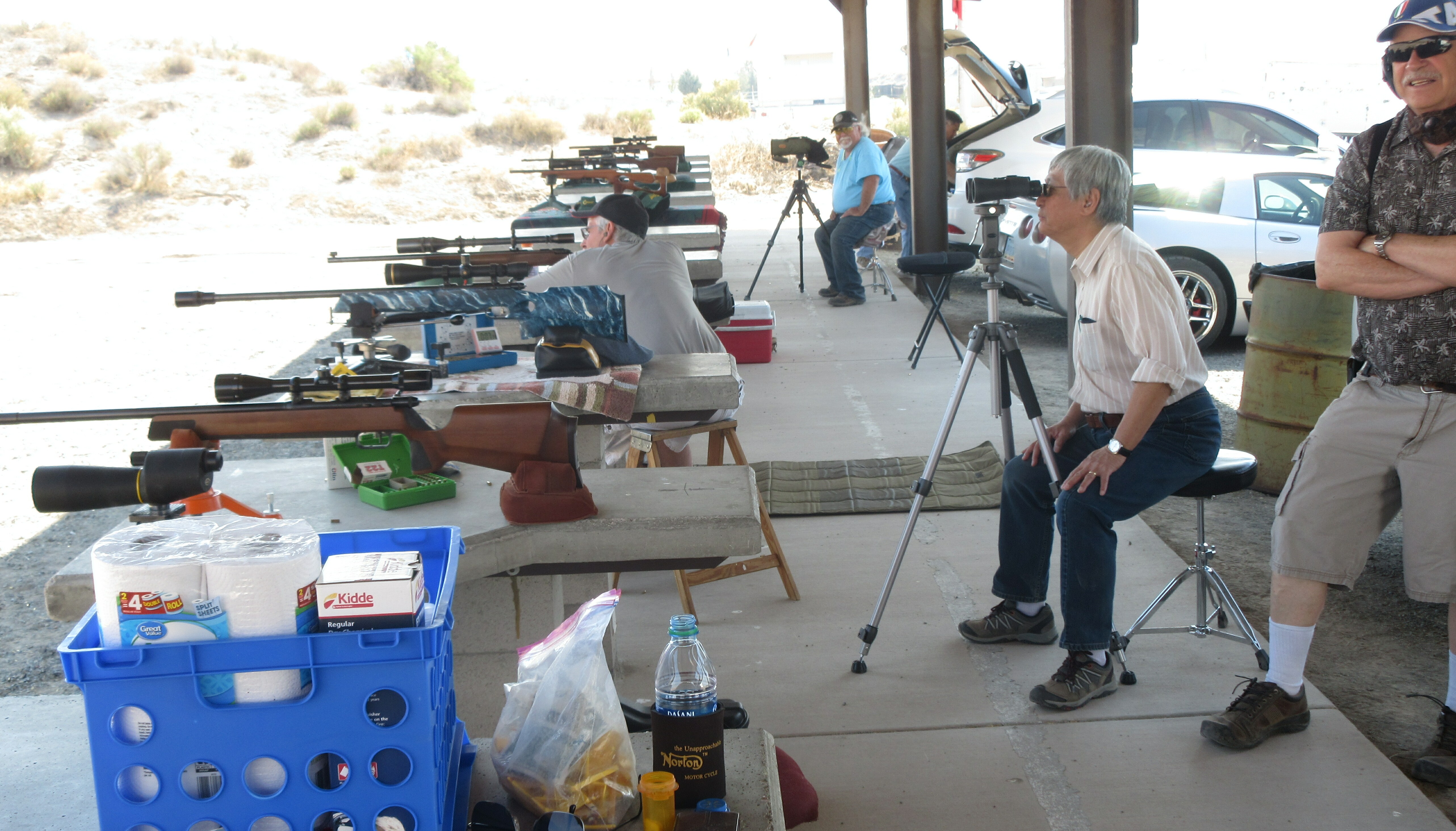 We were prepared for but limited to 20 shooters overall and had a pretty good turnout with 14 shooters firing in two classes.  We used the “RSVP” pre-registration system and will continue to do that in the future.

Dan Lindholm won the “Open/Unlimited” class, flowed by Ace Tan in 2nd place and the top shooter in “Sling” class was Jonathan Pimm. The wind gods seem to have taken the final score tally sheet, so I regret that I cannot report the scores fired by everyone, but the test match seems to prove that the basic concept for having and conducting a PVGC Mini-Palma is sound.

After some discussion upon conclusion of the “TEST MATCH” it seems that what the future matches’ classifications will morph into THREE RIFLE CLASSES: (1) OPEN class where pretty much any rest system, front and rear is acceptable as long as the two are NOT connected and ANY sighting system; (2) FIELD READY class will be for those using a bipod, backpack or maybe a sandbag or similar front rest system with NO REAR REST allowed and only some shooter body part allowed to support the rear of the rifle, but with ANY sighting system allowed and; (3) SLING class which will allow NO RESTS or aids other than the usual sling, jacket, glasses, glove and the sighting system will be open/iron, peep or a “red dot” style with NO MAGNIFICATION.

The purpose if making the RIFLE class structure contain 3 classifications is so that we can include as many shooting styles and/or equipment levels as possible so we can ALL HAVE FUN and the folks that enjoy each style of shooting can enjoy competing with those of similar interests. I am aware that this does take us somewhat outside of common “MINI-PALMA” norms, but believe that it will be more fun for EVERYONE. The match will continue to be called “MINI-PALMA” because that is the style of targets that we will use and the basic shooting position is to be PRONE for all competitiors that are can get down into that position.

Please have a look at the proposed SHOOTER classifications listed in the MATCH DESCRIPTION!