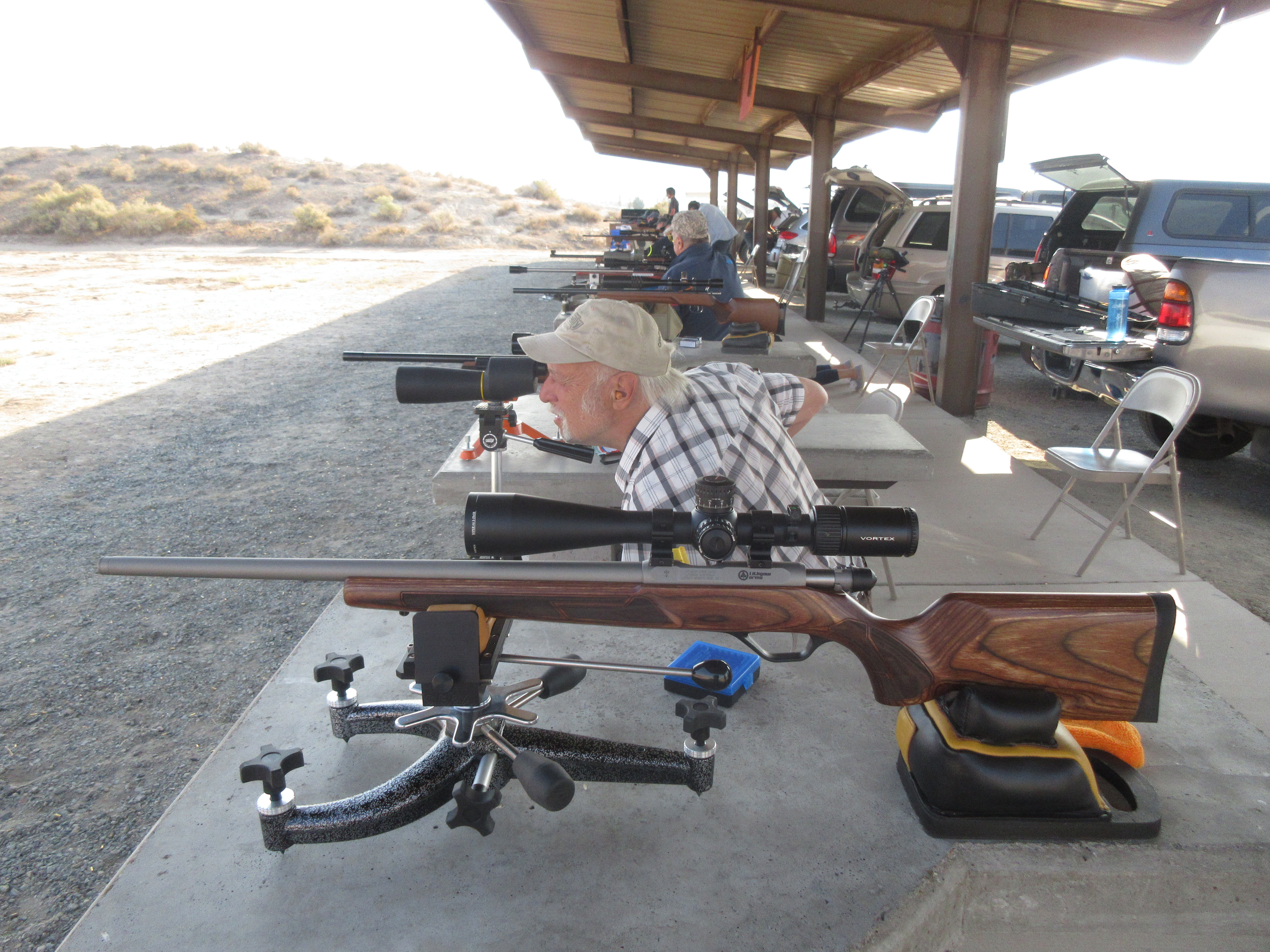 What a nice day for shooting! It was only a little bit smoky, but the temps were VERY nice, we had sunshine for the entire match and the wind stayed pretty calm until the match was over before it started to kick up…still, it was a tad breezy for the last couple of stages, but just enough to make it more of a challenge and NOT enough to be a PITA! We had a total of 16 shooters (one of  whom was the son of Jerry Gomolka and new to our game and Amy and Greg Hinge who both shoot Smallbore Silhouette, but this was their first try at Mini-Palma) Whad a good time shooting and some pretty good scores were shot! I’d like to express my thanks to Doyle Andrews, who ran the line when it was my turn to shoot and to Mark Possin, who helped out a bunch when it came time to tally and record the scores. Overall Match winer and the guy to take the PINK CADILLAC traveling trophy home was Doyle Andrews.