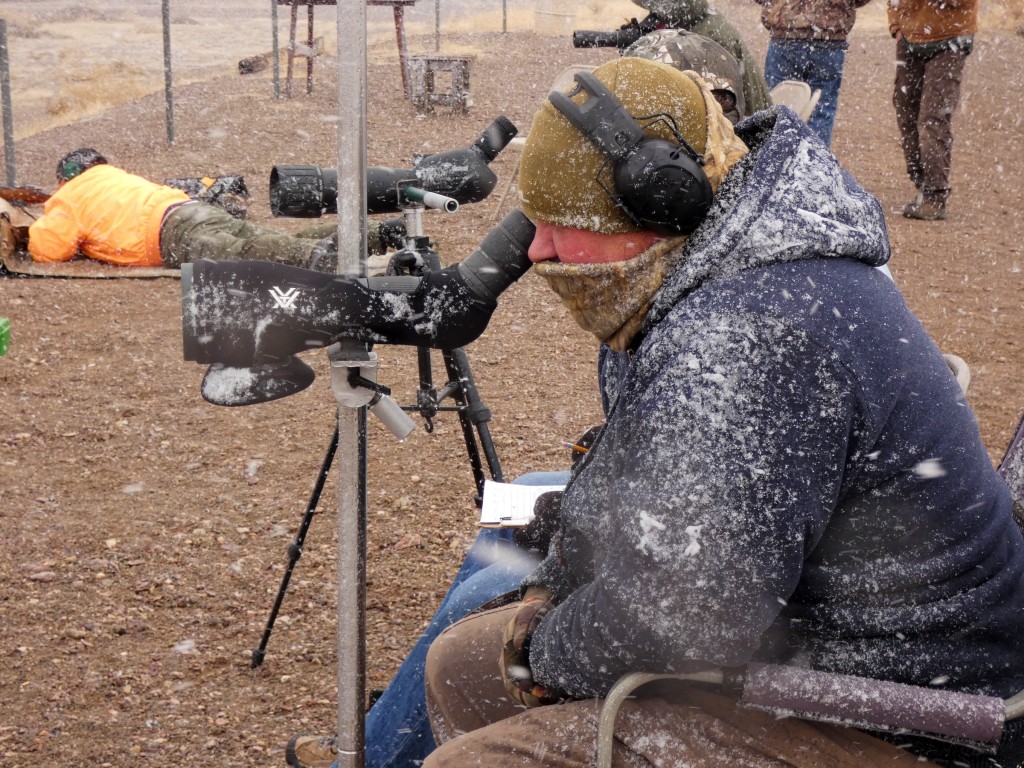 Today is the first day of Spring. And it snowed.

The National Weather Service forecast predicted a 11-to-14 percent chance of precipition which became 100% midway through the match.

“A Rifleman Persists” — even when it’s snowing! — and that’s what 12 stalwart shooters armed with 16 vintage military rifles did — up until it became impossible to see the Turkey and Ram targets. And it’s worth noting that all rifles flawlessly functioned.

Beside the snow, also unexpected was two Dave‘s showing up. Dave #2 had heard that Dave #1 “won something last year” and decided to provide some keen competition (which he did).

First-up for 2nd Squad was Rams at 547 yards. After a few atypical misses, Phil asked Jim K. if he was using Phil’s ammunition? (For a moment, I thought I had! Alas, it was the nut behind the bolt!) Jim later made the same inquiry to Phil as he proceeded to score four times as many Rams as from the last match.

The February match was cold and windy; this match had snow–what’s in store for April? Only one way to find out–join us on Saturday, April 17. Setup starts at 8:00 AM.

P.S.: squibs happen! (Kudos to Tom for reminding us about this, which did occur at a recent match.) The Safety Briefing will now include this warning.

Click an image to open the slide show viewer: